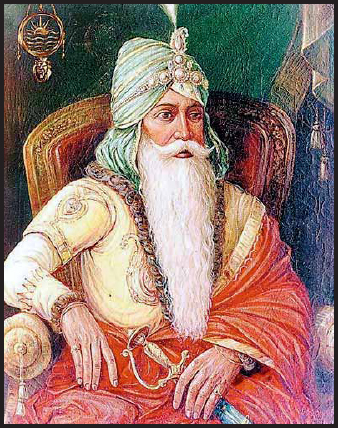 In 1801, Ranjit Singh became Maharaja (ruler) of Punjab. With his well-trained army, which included some Europeans, he united various factions in the region into one united Sikh kingdom. Though he ruled in the name of the Sikh Gurus, he included Muslims and Hindus in his administration. In 1802, he took control of the holy city of Amritsar, and began the beautification of Harmandir Sahib, the “Golden Temple.” His kingdom survived just ten years after his death in 1839, under pressure from the British. 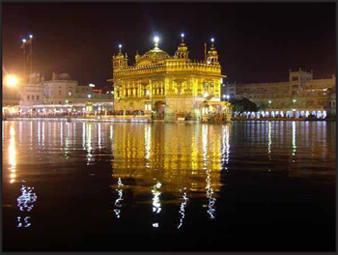 Amritsar holds a special place in the heart of all Punjabis. Founded in 1574, it is home to several significant historic and religious sites. Most important is Harmandir Sahib, popularly known as the Golden Temple, which is the spiritual and cultural center of the Sikh faith. Amritsar was, and remains, the commercial and political center of Punjab. 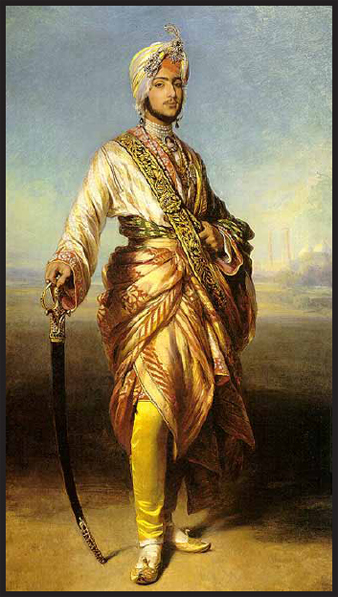 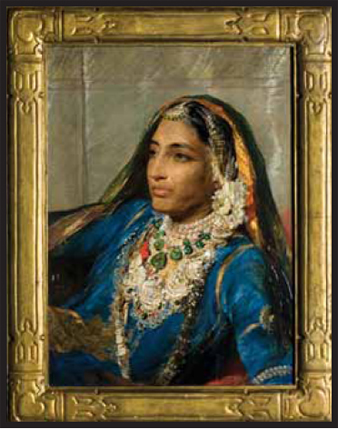 Ranjit Singh’s youngest son, Dalip Singh, succeeded him as Maharaja at age 5. Political leaders and generals took advantage of Dalip Singh’s youth and began seizing power. The kingdom soon fell apart. British and Sikhs fought two fierce battles called the Anglo-Sikh Wars. The British gained control of Punjab in 1849. To prevent the Sikhs from rebelling further, the British took Dalip Singh to England where they controlled his education, religious beliefs, social status, and business dealings. Despite all their efforts, as an adult he claimed stake to the state of Punjab. For Punjabis, Dalip Singh represented the independence of their state as well as its loss to Britain. Being exiled from his homeland, he took refuge in Paris where he later died.