October 3, 1965: President Lyndon Johnson visits the Statue of Liberty to sign the Immigration and Nationality Act of 1965.

Excerpts from the speech of President Lyndon Johnson:

This bill says simply that from this day forth those wishing to immigrate to America shall be admitted on the basis of their skills and their close relationship to those already here.

This is a simple test, and it is a fair test. Those who can contribute most to this country--to its growth, to its strength, to its spirit--will be the first that are admitted to this land.

The fairness of this standard is so self-evident that we may well wonder that it has not always been applied. Yet the fact is that for over four decades the immigration policy of the United States has been twisted and has been distorted by the harsh injustice of the national origins quota system.

Under that system the ability of new immigrants to come to America depended upon the country of their birth. Only 3 countries were allowed to supply 70 percent of all the immigrants.

Families were kept apart because a husband or a wife or a child had been born in the wrong place. This system violated the basic principle of American democracy--the principle that values and rewards each man on the basis of his merit as a man. It has been un-American in the highest sense, because it has been untrue to the faith that brought thousands to these shores even before we were a country. 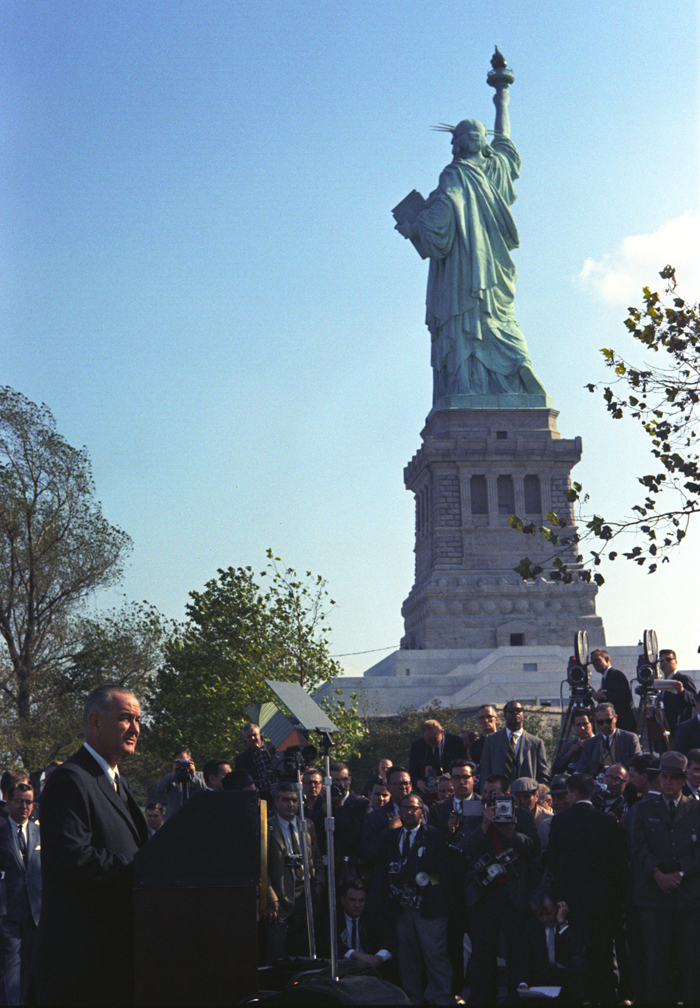