A Sikh may pray to God directly. No intermediary is needed. Sri Guru Granth Sahib provides all the wisdom and guidance necessary for living a spiritual life, serving as the ultimate guide for Sikhs. Sikhs practice their faith in the Gurdwara, a place of worship, or at home. Each Gurdwara has a Sri Guru Granth Sahib, which anyone is welcome to read. It also has a religious flag (Nishan Sahib) and a community kitchen (Langar). 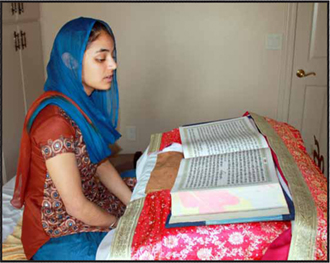 While there are Punjabi Americans who are Muslim , Hindu or Christian, the majority are Sikhs. Sikhism is the world’s fifth-largest religion, with nearly 27 million followers. Guru Nanak (1469-1539) founded the religion in the Punjab region of India. Sikhs follow his teachings and those of the nine Gurus who succeeded him. The Sikhs abide by the Shabad (The Word) in the Sikh Scripture, Sri Guru Granth Sahib, and revere it as their living Guru. Sikhism preaches devotion to one God and to remember Him at all times. Sikhs believe in living an honest life and in the equality of all people. 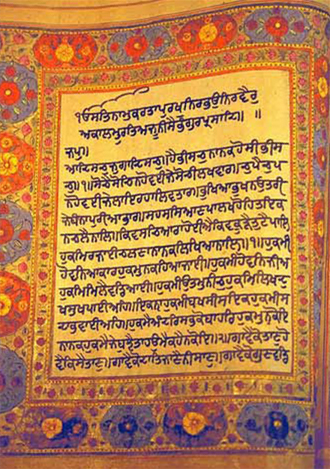 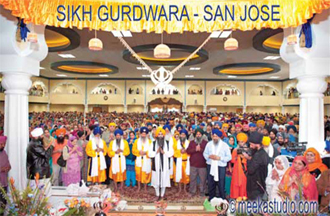 Sikhs praying at the opening ceremony of Gurdwara in San Jose

Guru Gobind Singh, the tenth Guru, established the order of the Khalsa ("the pure") and commanded them to uphold the highest Sikh virtues of commitment, dedication and social consciousness. The Khalsa are both men and women who choose to go through the initiation (Amrit) ceremony. They follow the Sikh Code of Conduct and maintain five articles of faith called the Five Ks. A Sikh’s goal is to become a Khalsa. 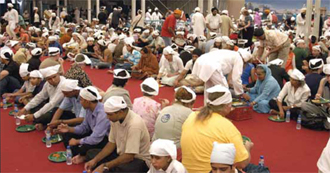 Every Gurdwara has a community kitchen known as Langar. Picture courtesy of wikimedia.org. 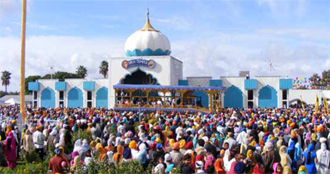 Initiated (Amritdhari) Sikhs, or the Khalsa, are directed to maintain the five articles of faith: KES, KANGHA, KARA, KACHHEHRA, AND KIRPAN. 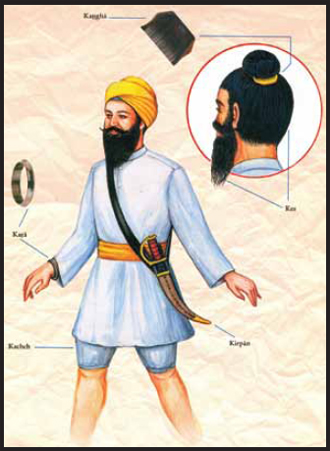 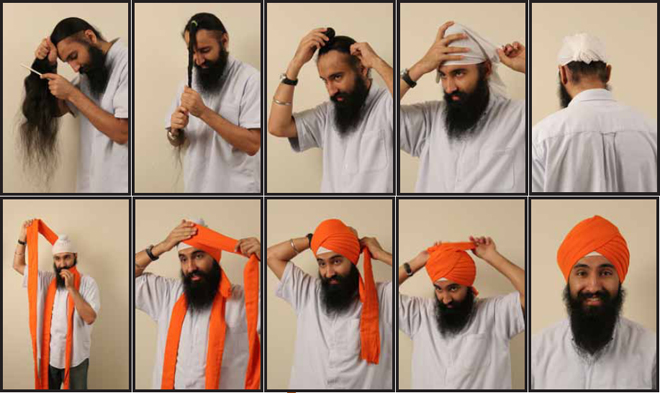 Call them not husband and wife who merely sit together. When two bodies walk on the path to merge into one soul, call them married.

A Sikh wedding, called Anand Karaj, marks the joining of the bride and groom in an equal partnership. It is a joyous and festive occasion with religious overtones. Traditionally, family members introduce a suitable partner to their eligible single relative. It is up to the couple involved to make the final decision. More and more young people are choosing their own partners. The ceremony is performed in the presence of Sri Guru Granth Sahib either in a Gurdwara or at the home of the bride, and is followed by a sumptuous meal, music and dance. 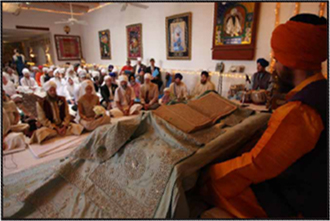 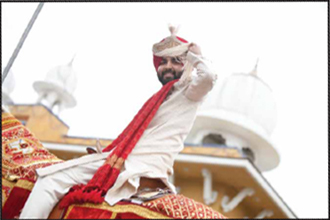 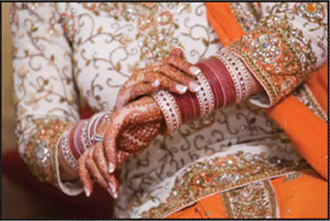 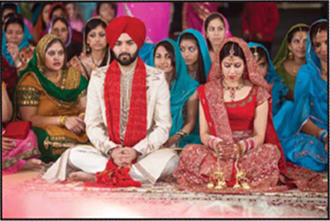 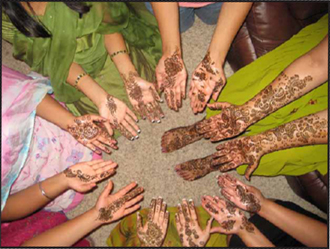 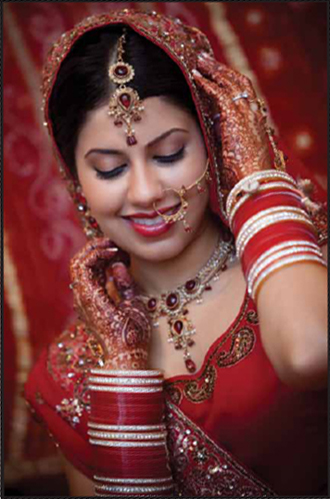 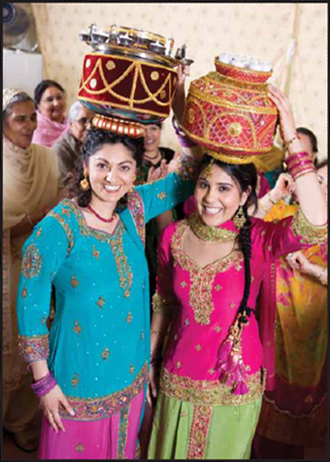