More open immigration after 1946 and citizenship rights brought some changes to the dynamics of the Punjabi community in the following years. Wives were able to join their husbands. Single men could travel to Punjab and return with wives. After 1965, entire families immigrated together. A larger Punjabi American population enabled Punjabi culture and traditions to flourish. The community finally had the right and ability to become more active in the social and political life of California. 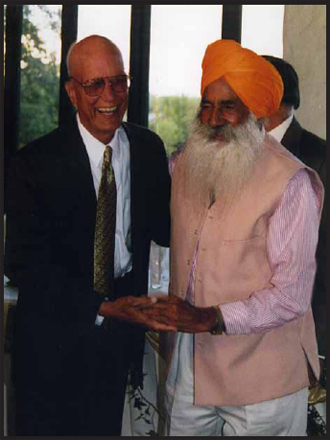 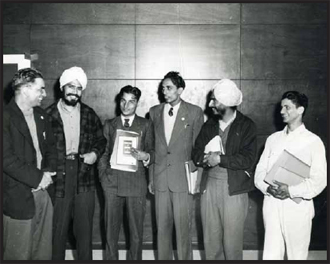 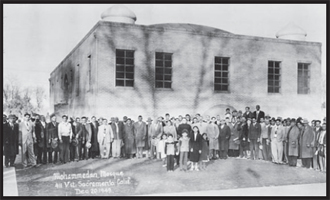 Muslim Mosque, Sacramento, California, 1949. This mosque, located at 5th and V Streets in Sacramento, was the first constructed in California. It was completed in May 1947. 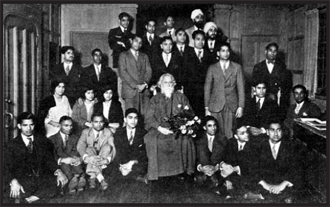 "Noble laureate Tagore, with Indian Students at Berkeley University." From: India and Canada: A Journal of Interpretation and Information (Vancouver, British Columbia), v. 1, no. 4 (September 1929)

Dalip Singh Saund became a U.S. Congressman in 1956 and served three terms with distinction. Saund came to California in 1920 as a student and decided to stay after finishing his degree. Even with a PhD from UC Berkeley, he could only find a job on a farm. He eventually acquired his own successful farming operation. Saund became an outspoken advocate for both India’s independence and for the rights of Asian Indians in the U.S. He was involved in the passing of the Luce-Celler Act of 1946 and became a U.S. citizen in 1949. After serving for several years as a judge in the Westmoreland Judicial District, he ran for, and won, a seat in Congress making him the 1st Punjabi American Congressman in the United States serving 3 years with distinction. 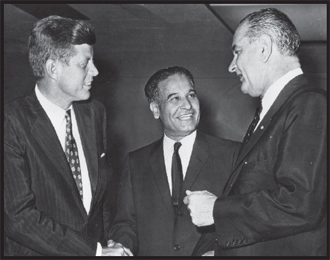 Congressman Saund with John F. Kennedy and Lyndon B. Johnson in Washington. 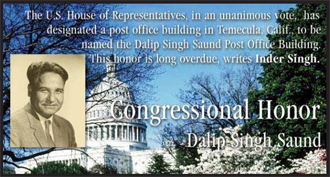